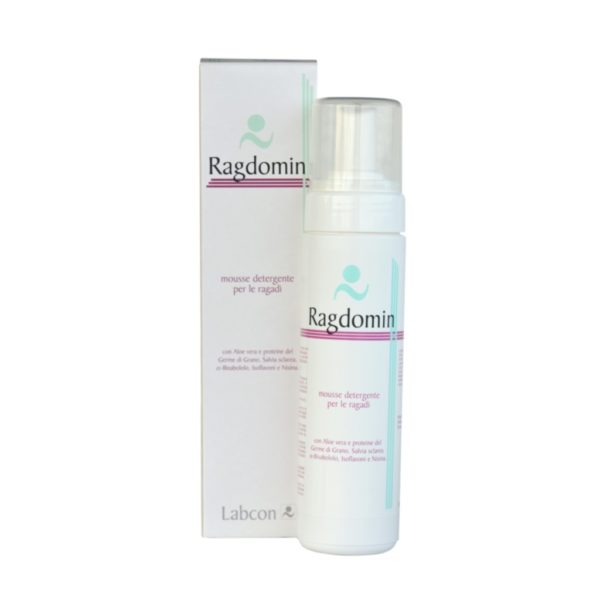 Composition and Indications
Aloe Vera is a hydrating gel with anti-inflammatory and cicatrizing action, which is quickly absorbed by the skin.

Nisin and Salvia sclarea carry out an anti-bacterial and anti-fungal action.

Ragdomin is a mousse containing natural extracts, formulated to be applied before and after breast-feeding because it does not leave any residue that may jeopardise latching to the breast.

Method of use
2-3 applications a day. Rinsing is not required.

Storage method
Store in a cool and dry place, away from heat sources.

Breast rhagas are small net wounds more or less deep, that affect the nipple or areola.

Breast rhagas: make sure that the products used to cleanse the breast are natural in order to avoid irritating the child during breast feeding.

Any cookies that may not be particularly necessary for the website to function and is used specifically to collect user personal data via analytics, ads, other embedded contents are termed as non-necessary cookies. It is mandatory to procure user consent prior to running these cookies on your website.